The nutty flavor of whole wheat pasta pairs perfectly with peanut sauce! Serve this as a main dish or pack it up for a picnic or potluck entrée!

Spring and summer months are the time of year that I try to make meals simple so that we can enjoy the outdoors as much as possible. I love that we can be out in our courtyard during the dinner hour enjoying the nice weather. I put Alan in charge of grilling our foods and I always prepare the side dishes.

Veggies are easy to toss together or grill when we’re at home, but I need more entrées that can be served at room temperature, and can easily be transported and shared at potlucks or outdoor gatherings. This Barilla® Whole Wheat Pasta with Peanut Sauce is just the right salad for that occasion and it’s packed with flavor!

Have you tasted that delicious peanut sauce that is served with chicken satay or summer rolls? The sauce in this recipe is similar, but instead of using it as a dipping sauce it’s folded through the spaghetti and veggies. 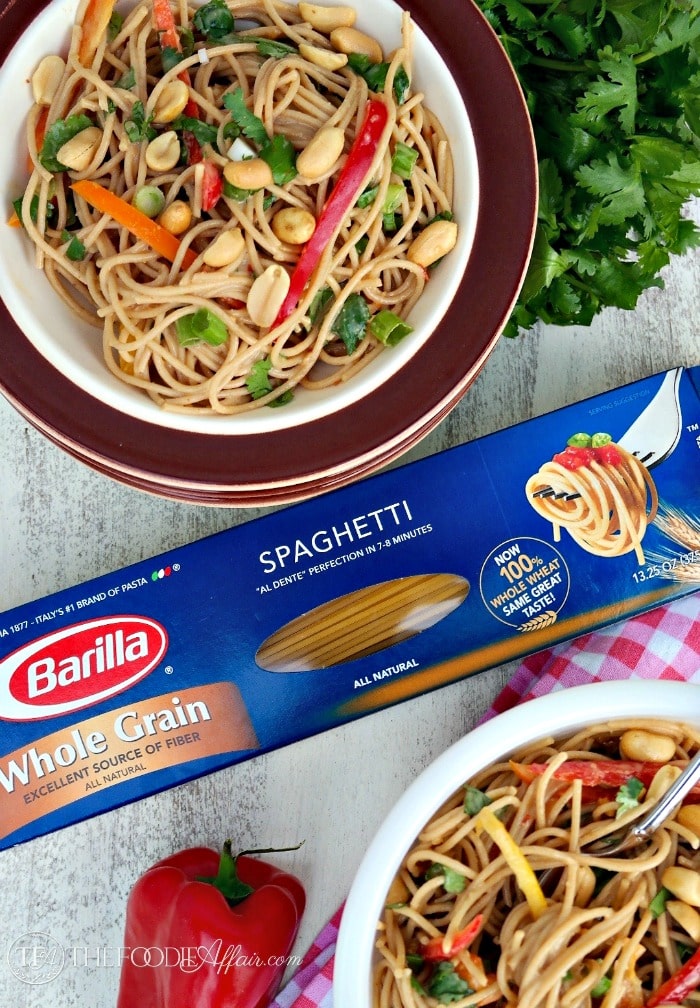 When I made this Barilla® Spaghetti with San Marzano & Meat Sauce I stocked up on a couple of varieties of Barilla® pasta that Walmart had on their shelves: the classic thick spaghetti, protein plus, and the whole grain spaghetti. The whole grain pasta is mild, not harsh or earthy tasting and really compliments the peanut sauce. I kept this dish vegetarian, but you can add some chicken to this dish for a variation. 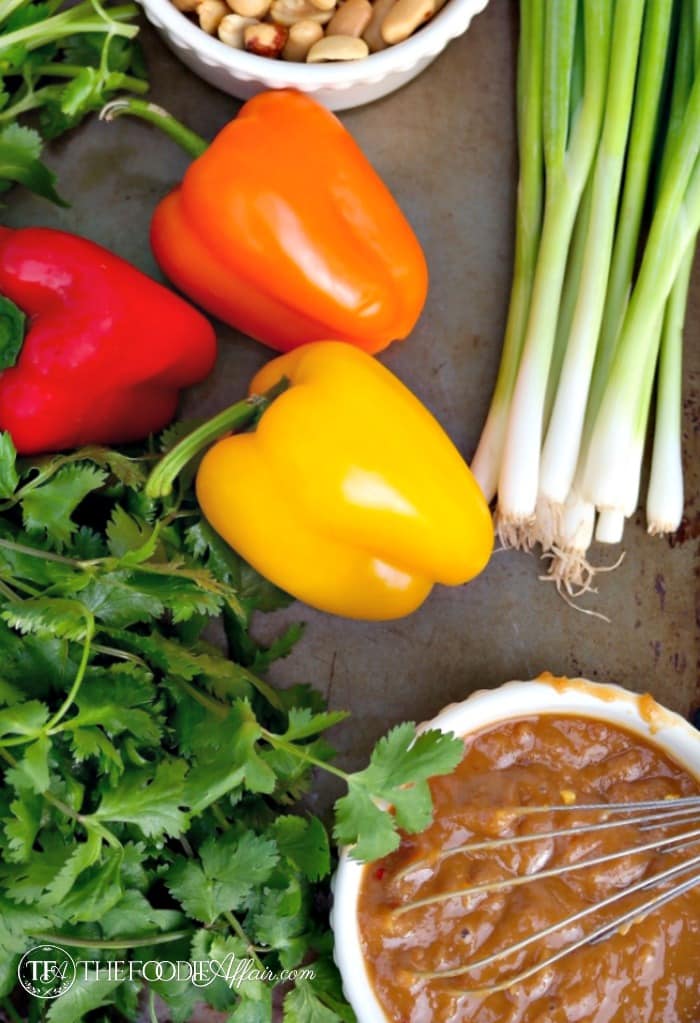 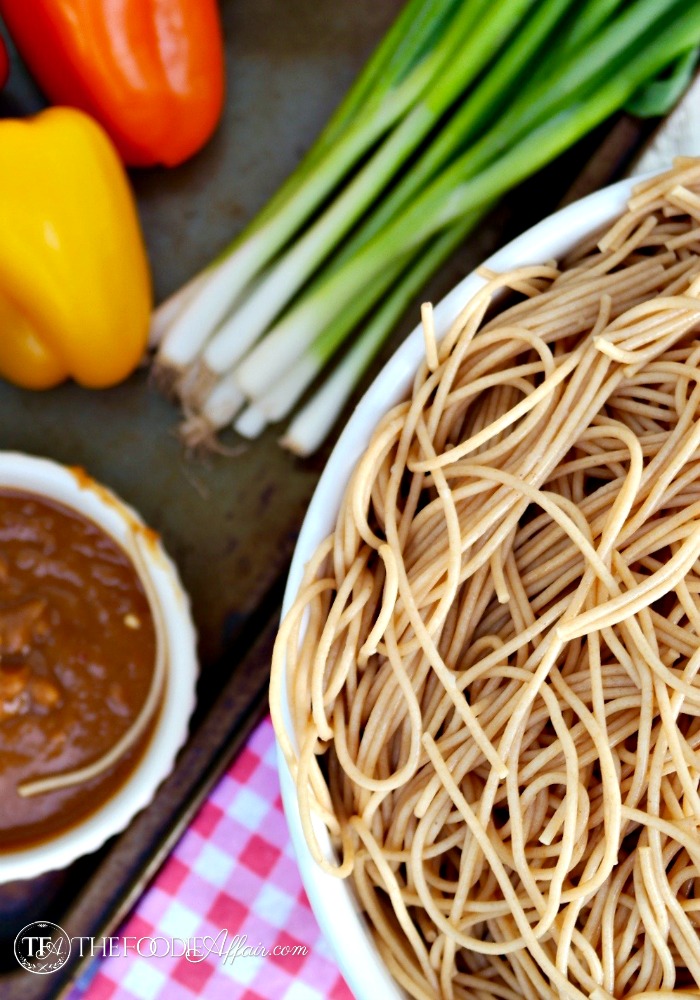 This recipe comes together quickly. I cooked the spaghetti for 7 minutes and then immediately drained the hot water and put the pasta into a bowl of ice water and let it sit for about 15 minutes. Once the pasta was cool to the touch then I tossed in the peanut sauce and veggies.

My son Sam stopped by when I cooked this dish and as well as being a taste tester he wanted to experiment with the dish by warming up his second serving. He said that I got it right! This dish served at room temperature is THE BOMB!

Serve this whole wheat pasta with peanut sauce as a salad or side dish for your next potluck or BBQ! 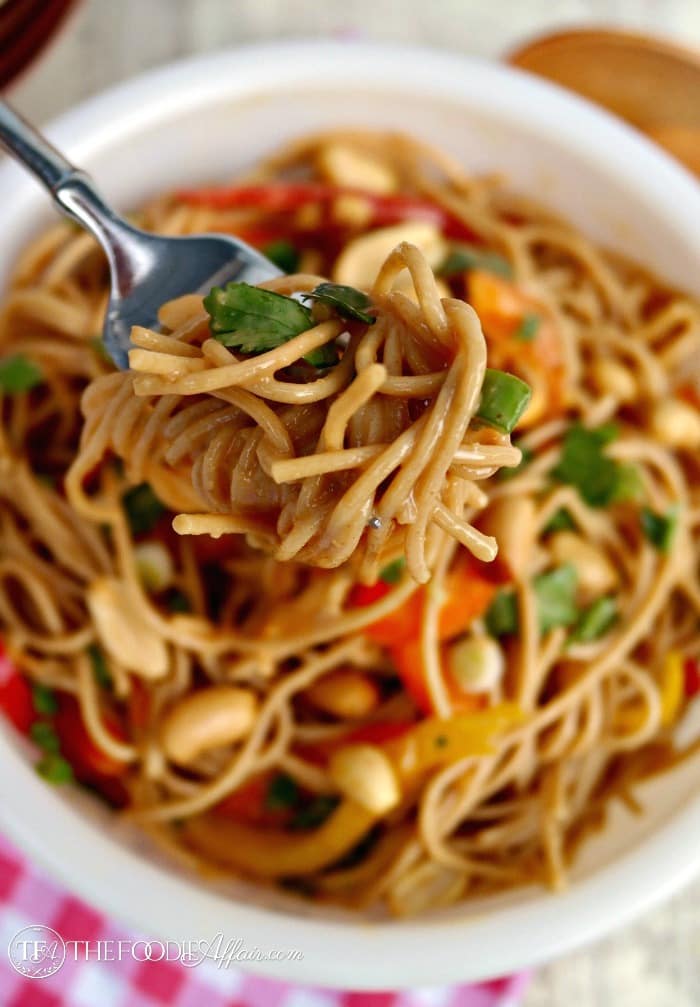 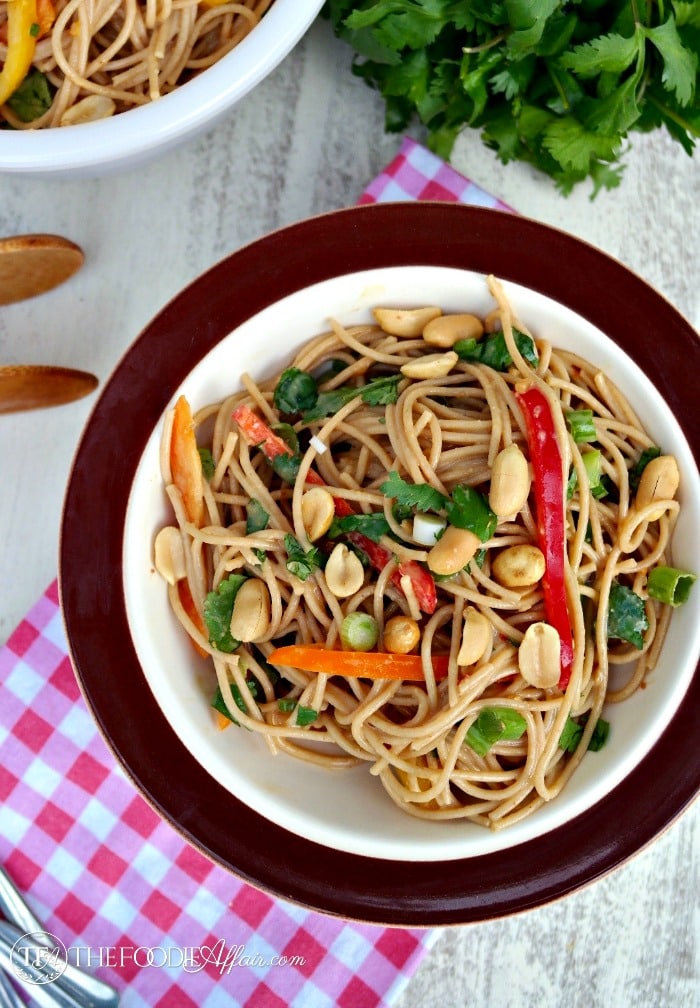 This is a sponsored conversation written by me on behalf of Barilla. The opinions and text are all mine. 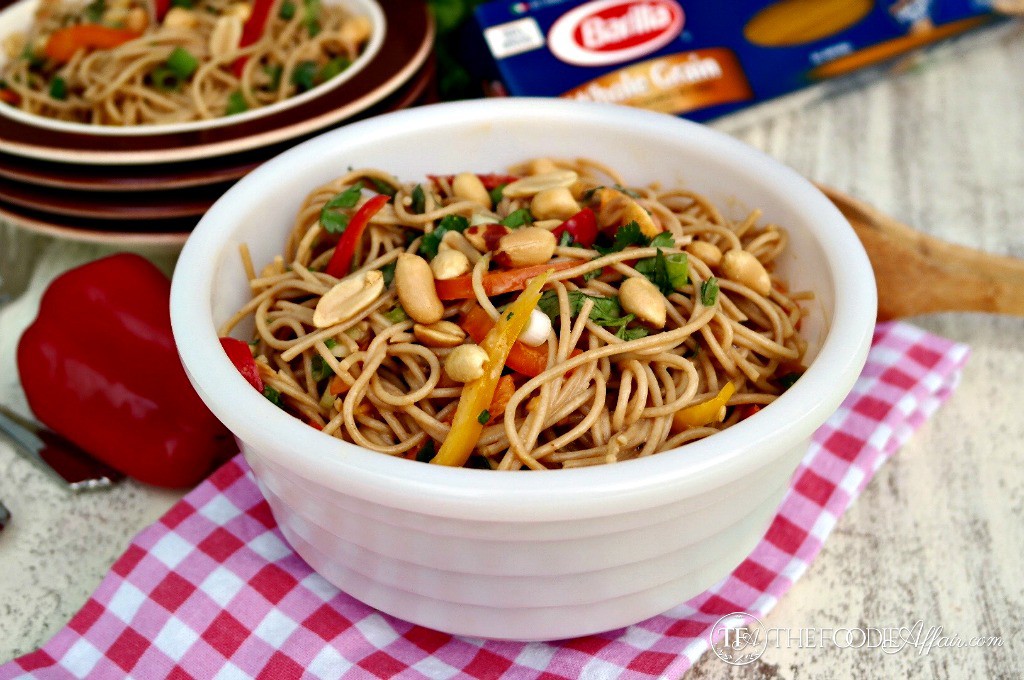 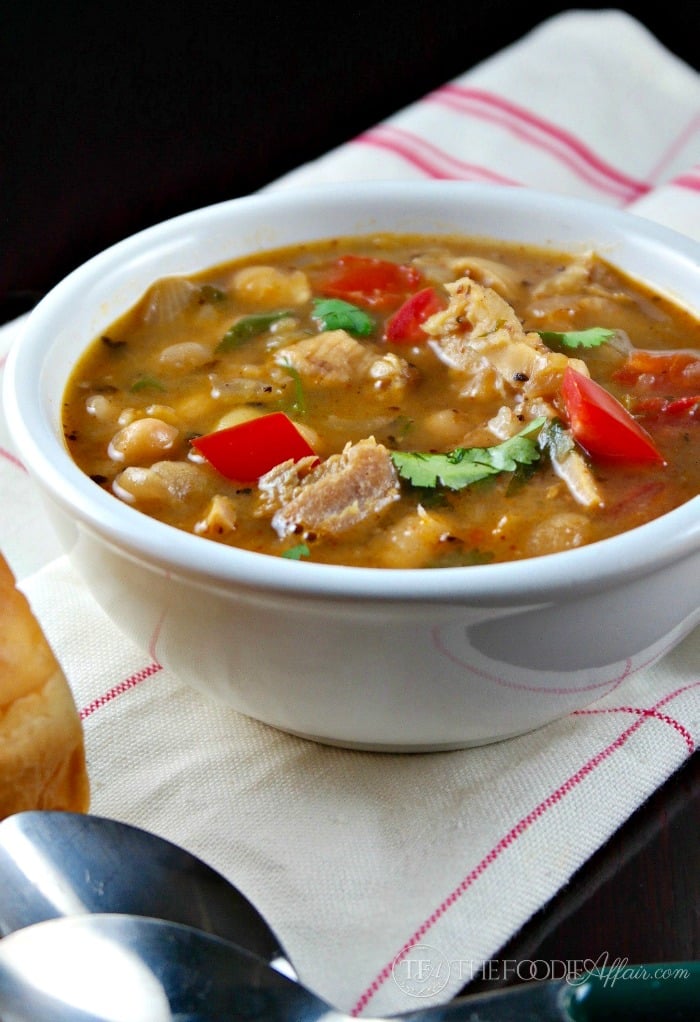