We have some big news in our house! After 28 years of active duty service my husband, Alan has retired from the Navy! Woo-hoo!!

My intention was to share the news with a cocktail concoction, a little more celebratory than this ham and bean crock pot recipe, but it seems fitting since he made this dish!!

Yes sirree! Coming home to a warm bowl of soup was magnificent!

I have to say, I REALLY like how these retirement days are treating us!

Although it seems ideal to fully retire, Alan isn’t in that place quite yet. First, he’s WAY too young to be out of the workforce.

Soooo, it won’t be long before he goes back to work! Plus, on day three he’s already antsy 🙂

Another career is brewing though, and he is already on contract for a teaching some techie computer course during the summer months.

Until then, he’ll get to do whatever the heck he wants like paddle board at noon, brew another batch of beer, and shop for that motorcycle he’s got an eye on!

And apparently, he has added making dinner to his list of things to do.

This recipe is made with dried white beans, which is super economical. When shopping pick up one of the following varieties:

In addition to the beans, you’ll need the following:

The original recipe called for all chicken broth for the liquid, but we thought it was too salty, even with using low-sodium. It may vary, depending on the brand you use, so season to taste.

1
Amount Per Serving: Calories: 147 Total Fat: 3g Saturated Fat: 1g Trans Fat: 0g Unsaturated Fat: 2g Cholesterol: 12mg Sodium: 119mg Carbohydrates: 20g Net Carbohydrates: 0g Fiber: 5g Sugar: 2g Sugar Alcohols: 0g Protein: 12g
Please note that the nutritional information provided are guidelines and may vary based on the brand of products used. For your specific nutritional goals use My Fitness Pal or Verywell Fit recipe calculators. All content within this site is not intended as medical diagnosis or treatment and should not be considered a substitute for professional medical expertise. 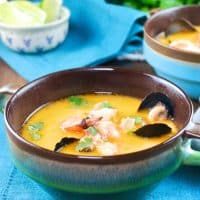 Delicious Thai soup with a seafood medley of shrimp, muscles, calamari, and scallops. This easy recipe can be on the table in thirty minutes. 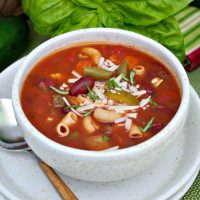 Thick healthy and delicious Minestrone Soup is packed with zucchini, green beans, tomatoes, carrots and beans, plus a unique pasta made from chickpeas. 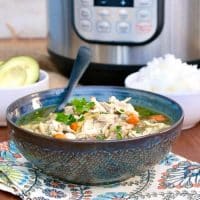 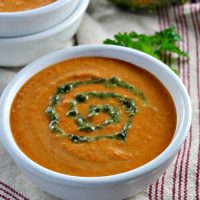 Simple and flavorful spiced vegan Carrot Curry Soup is made with a combination of vegetable broth and coconut milk! 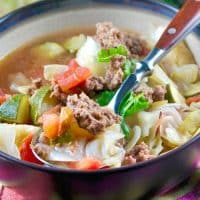 Simple stovetop beef cabbage soup with a Tex-Mex flair. This low carb meal can be topped with avocado, cotija cheese or crema to make it the ultimate keto meal! 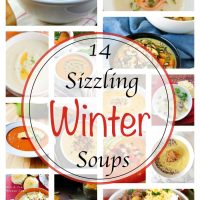 Looking for more? Check out these additional winter soups. You are sure to find a new favorite meal!