Jump to Recipe
Spread the love

Mini Baked Sweetheart Donuts!  I’ve been kind of obsessed with my mini donut pan. Yep, I made another batch of donuts. 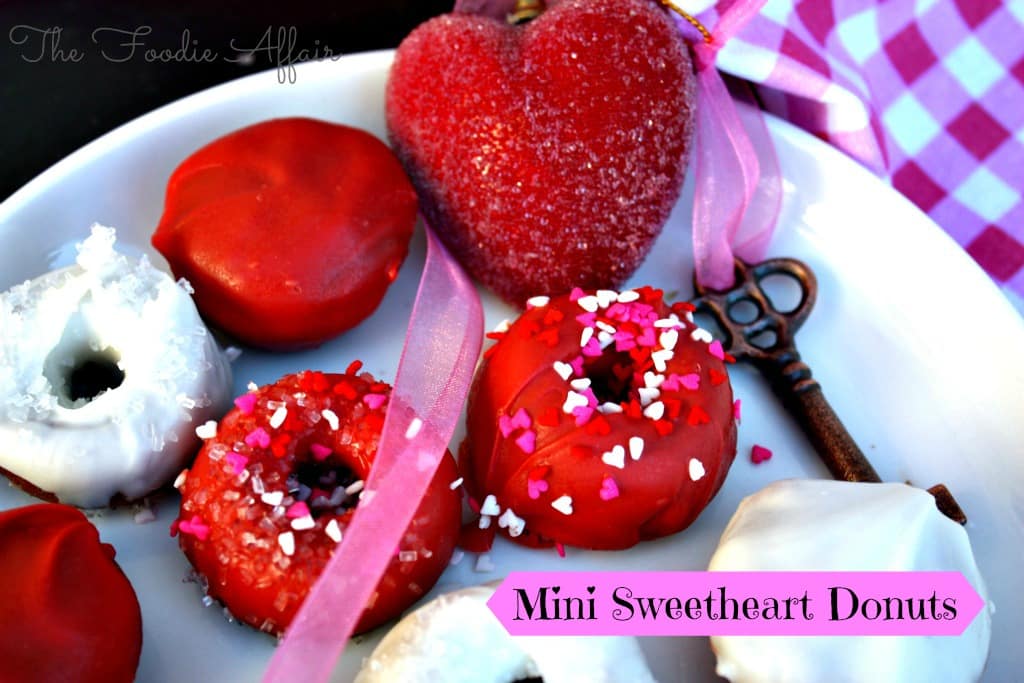 These mini bake sweetheart donuts are extra special because they’re decorated just for Valentine’s Day, plus they’re my favorite size, itty-bitty- adorable!  As you can see, I can’t stop playing with my mini-donut pan!

There isn’t a whole lot to say about these, except when I decided to call them sweetheart donuts a funny story came to mind…

My hubby and I had a long distance relationship while we were both in college, our courting years. I was on the West Coast and he was east. Talking on the phone was an expense back then that neither one of use could afford, so we wrote a lot of letters to each other during that time. In fact, I still have them stashed in my garage. I can’t bear to toss them. 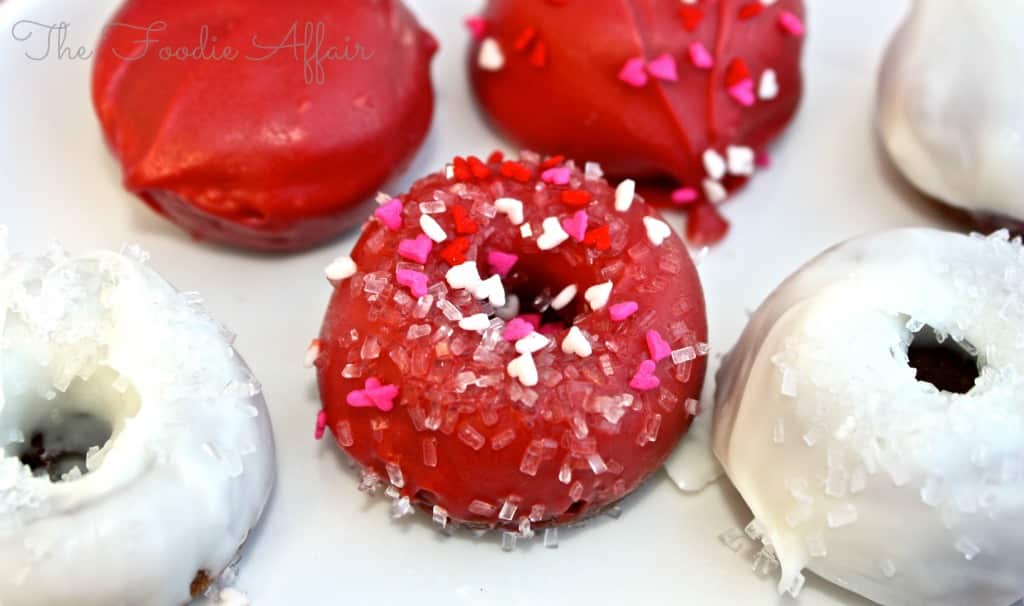 There is something about a handwritten letter that makes me swoon. I seriously think it is the most romantic way to show affection. Your words on paper, the old-fashioned way, not in a text, email, through Facebook or purchased cards like we do now, but thoughts transferred from your head, to pen and paper that is meant just for you.  Not all our letters were romantic by any means. In some, we would write about what we did over the weekend, and later as an engaged couple, we would exchange pictures from magazines of wedding attire.

Each letter would start with an endearing salutation. He would open with “Hi Sweetie” and I mostly called him babe. Not too out of the ordinary for affectionate nicknames, but every time I got a letter, he misspelled sweetie.  At first, I thought, “oh, it’s just a mistake,” but month after month, I kept being called SWEATIE, as in perspiration!  LOL

I was called sweatie for a good 6 months or so, until he realized his mistake and corrected it, but NOT without a GOOD laugh, and of course we told all our family our sweatie story and now you 😉 !! Every once in awhile he’ll write a card “to my sweatie” for smiles!

These sweetheart, not sweatheart 😉 mini donuts are a perfect treat for any occasion, and you’ll definitely see some smiles if you share them. I used the recipe from the Chocolate mini donuts that I shared last week, but instead of the chocolate chip/rocky road topping, I used Wilton’s baking melts; red and white. Oh, and sprinkles! Cute festive toppings!

You also might enjoy these Peanut Butter Mocha Chip Baked Donuts from The Life & Loves of Grumpy’s Honeybunch. 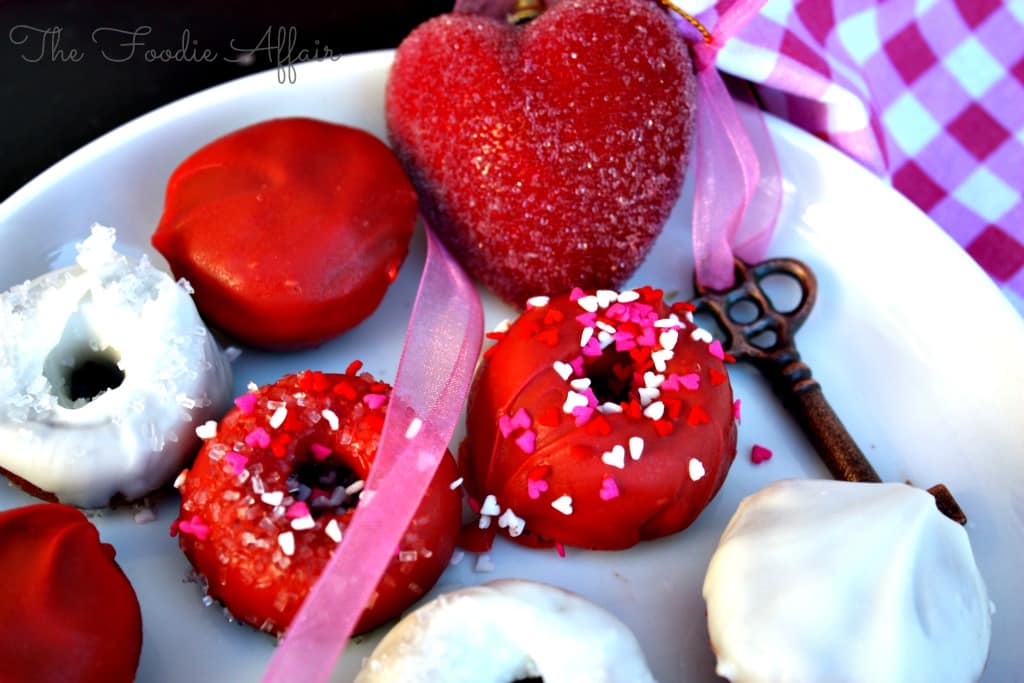