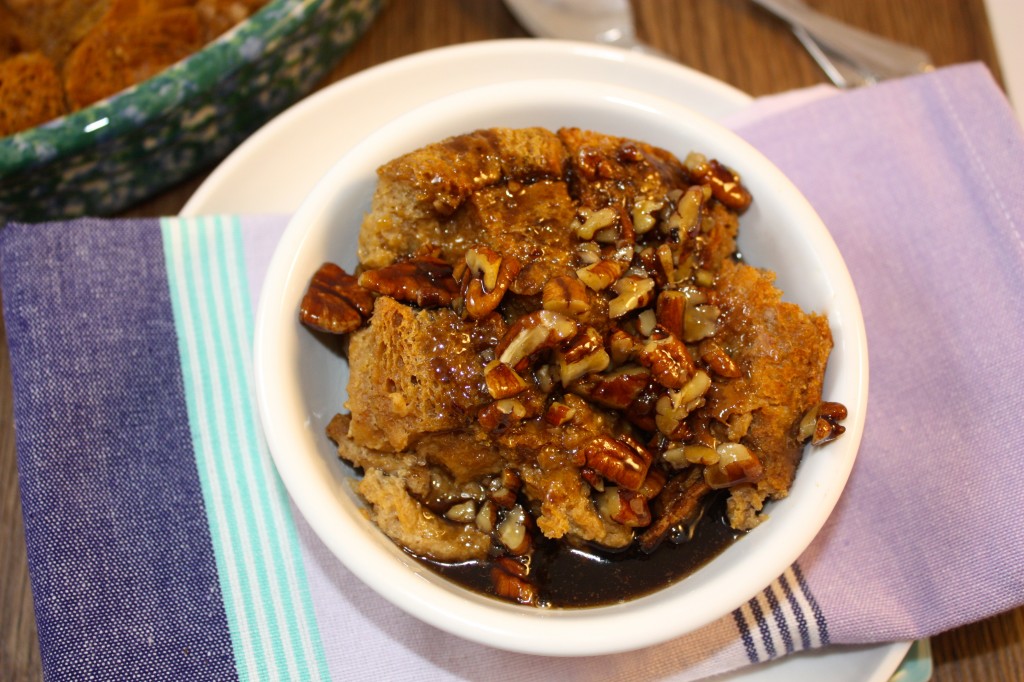 Who needs a birthday cake when you can have delicious bread pudding?!

At my house, it’s tradition for the birthday guy or gal to choose their favorite feast and cake. Sometimes we go out for the meal, but most of the time I’ll cook up their request, and I definitely make the cake. I mixed things up a bit with Michael’s 25th birthday meal. Michael is my daughter’s boyfriend of 5 years (or is it 4 years, maybe 6?).

I choose the meal, and I asked Ashley what dessert she thought he would prefer, boozy bread pudding or peanut butter pie.

I knew the answer. I just wanted to see if I was still in sync with the 20 year olds :0) 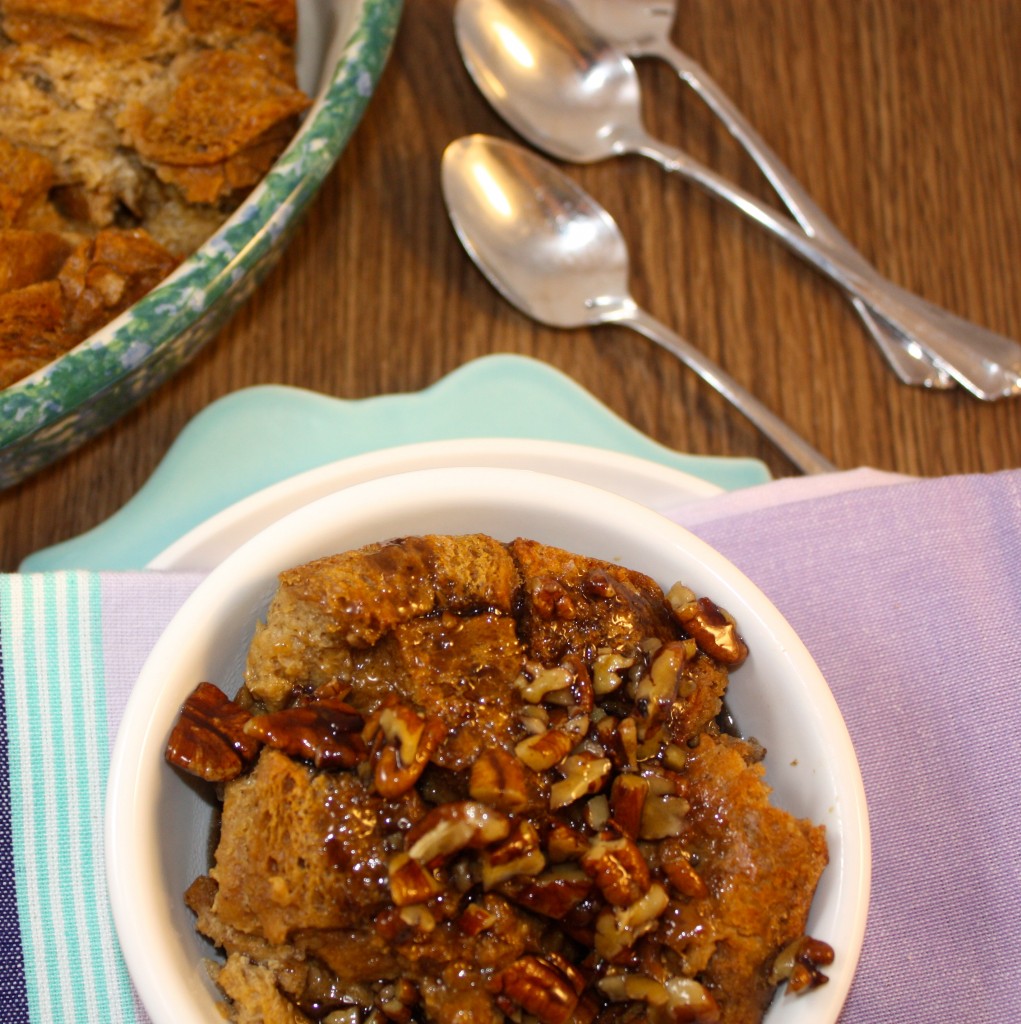 This classic recipe has been adapted by so many different cultures. Some recipes add maple syrup or custard, and others fold in raisins and walnuts.  I came across this recipe with bourbon and pecans at my mother-in-laws house while looking through her magazines.  Don’t you love checking out magazines you don’t get? She had Taste of the South, People, Redbook Magazines to peruse through, so I was able to catch up on the celebrity gossip, and copy a few recipes to add to my ever growing “must try” recipe collection.

This recipe from Taste of the South caught my eye because A. It would go perfectly with the Southern-style meal (fried chicken, macaroni and cheese) I was making, B. I like cooking with booze, and C. I wouldn’t feel bad about taking out the raisin from the recipe because it didn’t call for any!

I know, I know, there are a lot of raisin fans out there, but I always pass on the wrinkly thick skinned raisins. 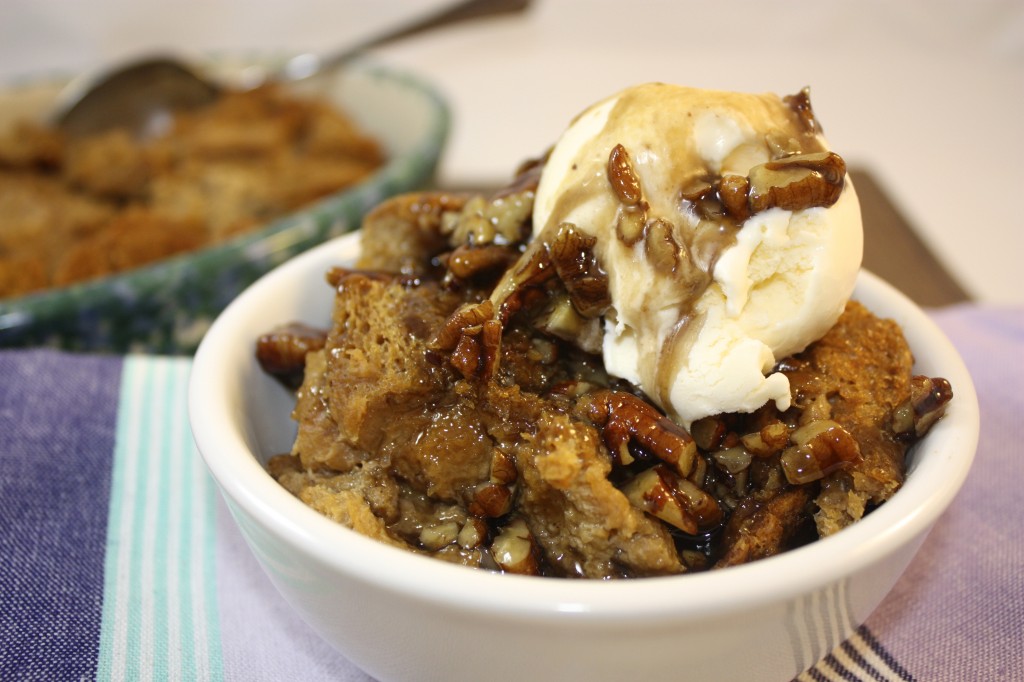 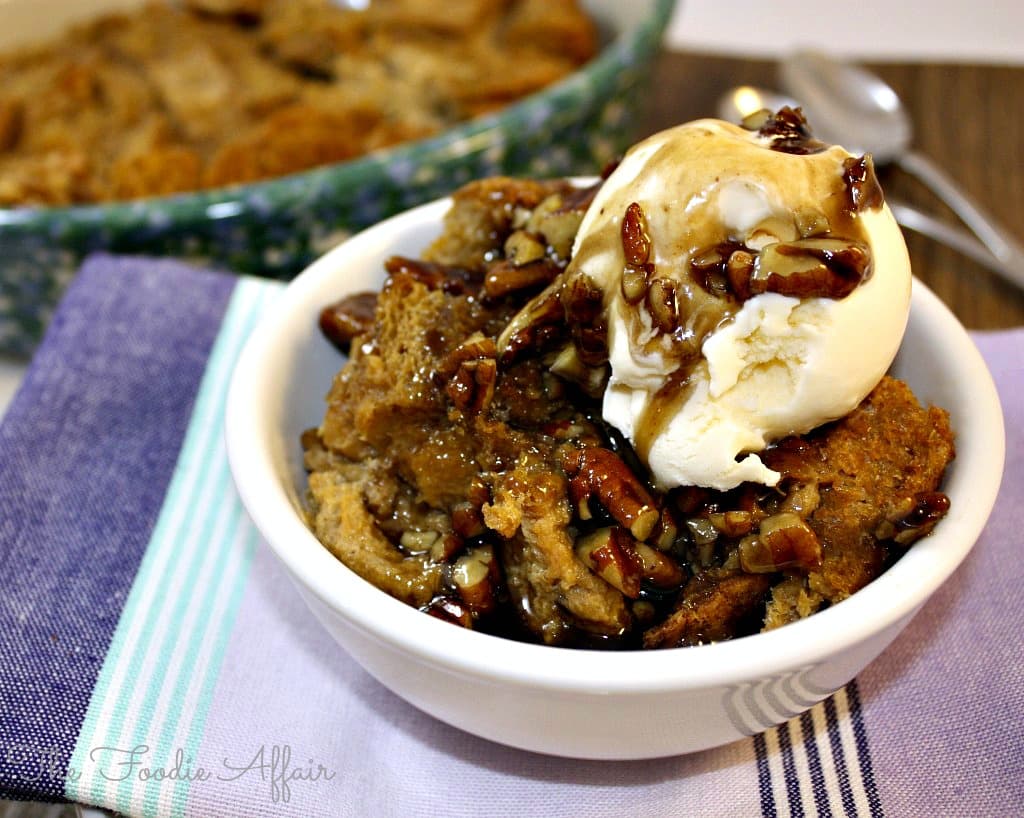 Usually, I’ll swap ingredients for healthier options, but I left this one with all its goodness. The recipe calls for whole milk, butter, plenty of sugar, and white french bread. All that tastiness with a splash of bourbon here and there! Oh and pecans, lots of pecans are added to the sauce. 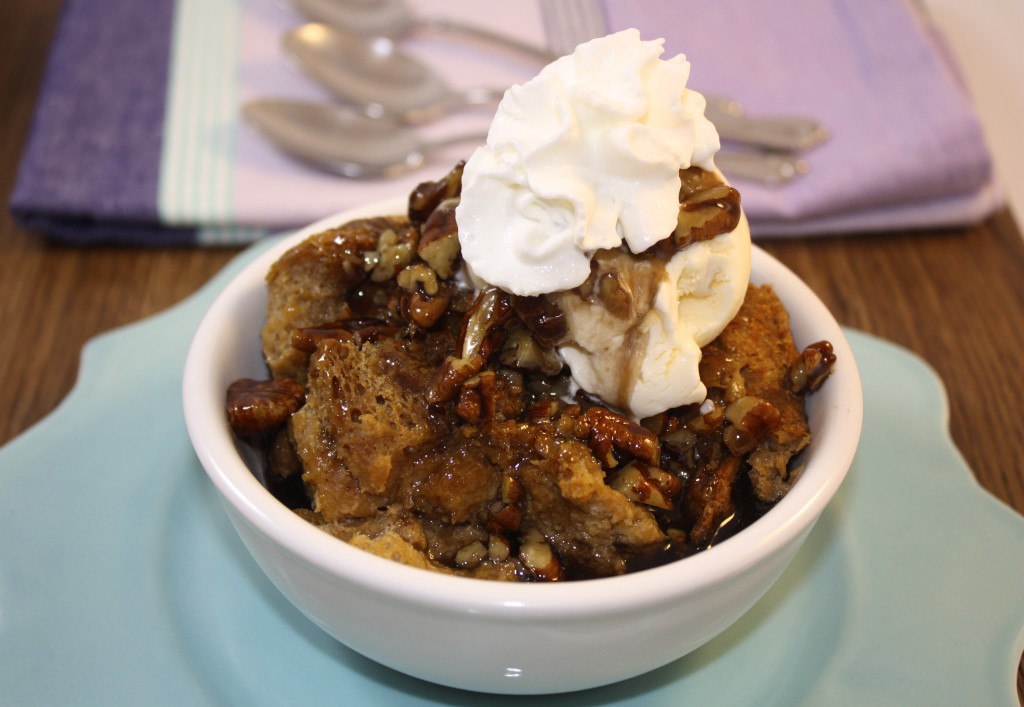 A birthday celebration would not be complete without ice cream, and while you are plating up, go ahead and add some whipped cream.