Overnight Caramel Banana French Toast Bake filled with a layer of caramelized bananas, a hint of rum and topped with toasted walnuts!

My three day weekend went by so fast! For you too?!! I guess it’s true that time goes by when you’re having fun!

I planned on spending some time writing up recipes and taking photos, but my days got away from me. Instead of getting ahead of my blogging/recipe sharing, I enjoyed the warm California wave of February summer sun that suddenly appeared, caught up on some sleep, walked and cuddled with our new furry family member, Abby, and today Alan and I went on a bike ride along the beach. 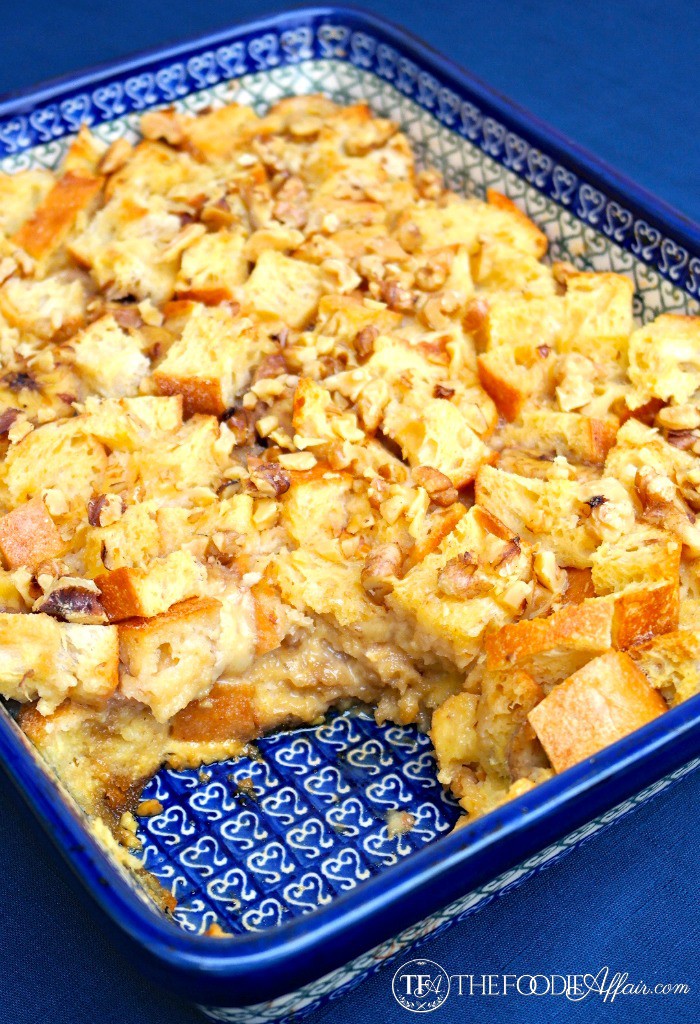 After a long ride, which caused me to have spaghetti legs (what a hilarious sight!) after getting off the bike, I popped this Caramel Banana French Toast Bake in the oven!  I put this breakfast casserole together the night before and it sure hit the spot for brunch! This dish can serve a crowd. It’s enough for 6-8 so share with some lucky friends or family members. Sam happened to come by the house to visit, so we sent him off with enough for him and his roommates. Otherwise, I think we would have nibbled on this for dinner too!

I love the crunchy texture of the nuts that I decided to add at the last minute, and the nice gooey layer of caramel and bananas in the middle of the casserole! This combination of flavors are delicious enough to be served as a dessert too, just top with a scoop of vanilla ice cream! 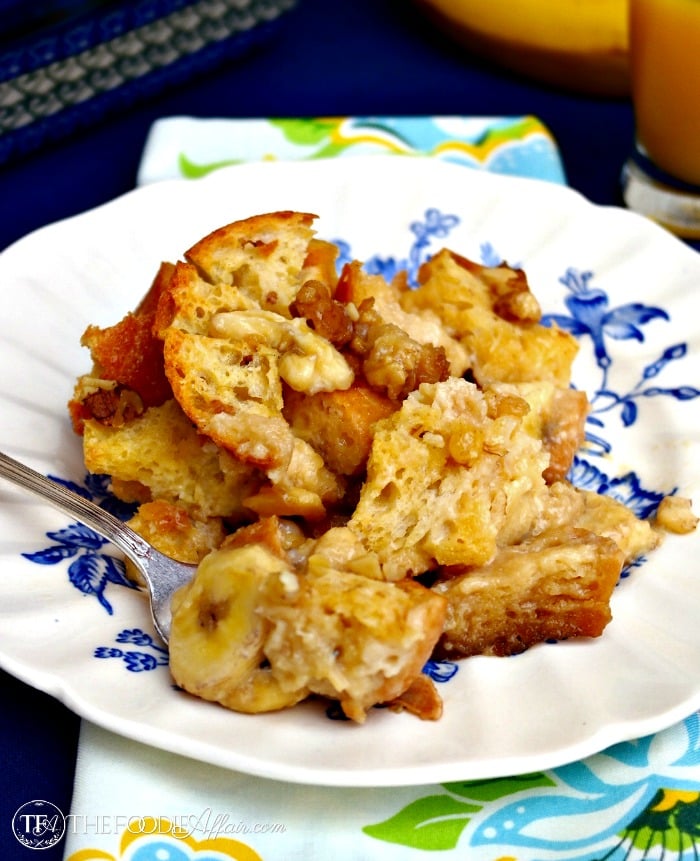 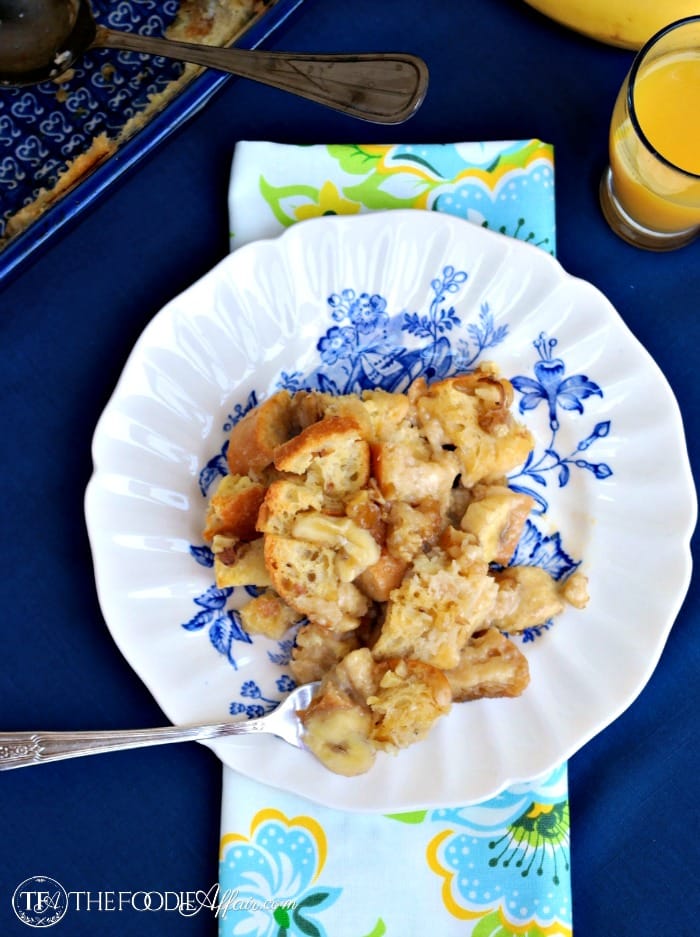